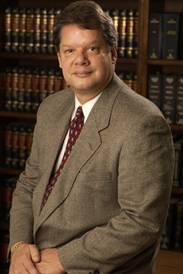 
Stanley J. Legan graduated from the SUNY Buffalo School of Law in 1977 and was admitted to the New York State bar in 1978, and to both the Eastern and Southern District Federal Courts of New York in 1979. After leaving the insurance defense firm of Bivona & Coven the plaintiff’s negligence firm of Legan & Welsh in Jackson Heights, Queens, where Mr. Legan continued litigating plaintiff’s insurance, no fault insurance and accident claims for seriously injured accident victims. During that time, Mr. Legan supervised the work of trial attorneys such as Jaime Wolf, E. David Woycik, Hal Seiger, Marilyn Unger, Jeff Lessoff, Sheila Paticoff, Michael Lamonsoff, Eric Lamonsoff, and Alberto Casadevall. Later, while still representing clients involved in litigation, insurance matters, no-fault insurance, and accident cases of all kinds, Mr. Legan became the founding member of the firm, Stanley J. Legan & Law Associates. He is also the author of the “No Fault News” insurance newsletter to doctors and other medical practitioners, and a member of the Board of Directors of the Queens Chamber of Commerce which represents 1700 businesses employing 500,000 Queens residents. In 1997, Mr. Legan’s firm merged with the firms of attorneys Howard Ross and Richard Rosenberg to form Ross, Legan, Rosenberg, Zelen & Flaks, LLP with offices now in Manhattan and Queens.