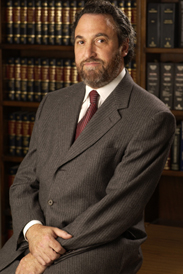 
Clifford F. Zelen graduated from Hofstra University Law School on Long Island in 1984 and was admitted to practice law before the Courts of both New York State and the Eastern District Federal Court in 1985. From 1985 to 1989, he litigated medical malpractice cases for the law firm of attorney Steven Widlitz. In 1989, Mr. Zelen founded the law firm of Zelen and Kassor with attorney Eric Kassor. Zelen & Kassor successfully represented medical malpractice and accident victims and represented hospitals in business matters. In 1992, Mr. Zelen was elected Vice President of the Board of Directors of the North Shore Montessori School in Stony Brook. As such, he was responsible for implementing a school-wide computer program. Mr. Zelen joined Howard Ross and became the managing partner in the new firm of Ross, Legan, Rosenberg, Zelen & Flaks, LLP in 1997. In addition to managing the firm’s medical malpractice group, Mr. Zelen continues to litigate medical malpractice and other significant injury cases, as he has for over 22 years.