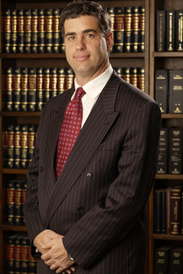 
Michael Flaks graduated from Hofstra University Law School on Long Island in 1981. He is admitted to practice law in the states of New York and New Jersey, as well as in the Southern and Eastern District Federal Courts. In 1981, Mr. Flaks was a judicial intern for the Honorable State Supreme Court Justice Gilbert Ramirez. From 1982 to 1987, Mr. Flaks, was employed with a general practitioner concentrating on matrimonial law, collections, and personal injury cases. In 1987 he joined the plaintiff’s negligence firm of Chasin, Levine & Ross. He has been a partner with Ross, Legan, Rosenberg, Zelen & Flaks, LLP since 1997 and serves as the head of the firm’s construction accident practice group. Mr. Flaks has also participated on the Board of Directors of the Avenue N Jewish Center Synagogue in Brooklyn since 2003.